In March 2007 five satellites were launched as part of the NASA mission THEMIS. The aim of the mission is to answer the unknown questions regarding the onset of substorms. THEMIS data has also been used within other research fields. Today many scientists aim to investigate wave phenomena, such as whistler waves, wave interactions in the radiation belts and general turbulence in the magnetosphere and the solar wind. These processes occur at intermediate frequencies (a few hundreds of Hertz). Correct and reliable results require good knowledge of the frequency re- sponse, the so called transfer function, for the electric field instrument (EFI).

Post-launch calibrations have given good knowledge of the instrument response at high and low frequencies. However, at intermediate frequencies (50-3000 Hz) the transfer function has only been determined via calculations/simulations and not yet obtained from data collected in space. Moreover, the transfer function changes sub- stantially in this range, as the instrument transitions from a resistive low-frequency coupling to a capacitive high-frequency coupling. The transition is known as the RC roll-off. In this thesis, data from different regions and with different electrical set- tings have been analyzed to estimate the EFI sensors' sheath impedance and transfer function. Data have been collected during July 2009 and March 2011. From the first period, I-V curves where extracted for four different regions (i.e. with different plasma conditions) and their associated sheath impedance calculated. I-V curves are graphical representations of how the voltage differs with the changed bias cur- rent. From the sheath impedance and the measured free-space capacitance the RC roll-off can been directly calculated. An experiment was also conducted in March 2011 where the instrument was run in a special mode designed to measure the rela- tive transfer function with the probes run at different bias setting, yielding different sheath impedances.

The analysis of the I-V curves and relative transfer function show similar results, which clearly differ from the earlier believed values. Values for the sheath impedance are lower (4-6 Mohm) than the expected (30 Mohm) and depend on the usher setting. The usher is an electronic device which should shield the sensor from the photoelectron produced by illumination of the preamplifier. This lower sheath resistance implies higher than expected RC roll-off frequency, a result which is confirmed by the results from the relative transfer function. The roll-off is between 2-3 kHz, compared to the 400-500 Hz assumed prior to this study based on the assumption of a sheath impedance of around 30 Mohm. 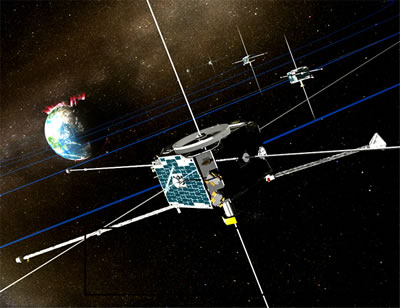